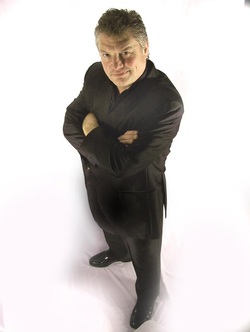 
Michael Mili has always been a storyteller who has a gift of seeing the tiny details that comprise our everyday lives, then writes about them in an interesting, thrilling or comedic manner. This fact is evident in Michael’s writing, acting and even in his artwork.

Michael who was born and raised in the city of Detroit, Michigan is a working actor, writer and producer.  His first lead role in a feature film was as a hit man in Daniel Casey’s “The Death of Michael Smith,” which won the Excellence in Filmmaking award at the Slamdance film festival in Park City, Utah.  He has also received credits in films such as Setup, Intent, Guns, Drugs & Dirty Money, Highland Park, Demon Equation and Funky Town, just to name a few.  Michael also received his first producers credit for Guns Drugs & Dirty Money.

Michael expanded his knowledge of screenwriting with the assistance from the Academy of Television and Motion Picture Sciences and numerous Los Angeles seminars.  Michael’s introduction to screenwriting was to memorialize his time at Pharoh’s Golden Cup Club, by penning his first screenplay with John Anton called: Five Years in the Pit.  Michael has since then co-written; “The Mamaluke” and “Uncle Fino.”  He has written along with Andy Collen, of Happy Trails Animation the animated feature “The Blowffeld Bears” and the accompanying “Series Bible” for the television series which is in development.  Andy and Michael have also written: “Eddy the Unending Life,” a Poe adaptation; also numerous episodes and several animated features for The New Three Stooges which is also in development.

Finally, Michael teamed up with long time friend and actor-writer Rich Goteri.  Together they’ve co-written several screenplays including: “Potty Time” “A Very Low Carb Movie,” Taking It Back. For Happy Trails Animation, the duo has written an animated series called “Nutz and Bolts” now in pre-production. Rich and Mike have also compiled and developed a method of applied writing principles which they call, “WORDS TO FILM BY.” Together they have determined to share their method with everyone who wants to give Screenwriting a shot.  The book of the same name is set for release late this year.

Recently, Michael and Rich were hired by Frank Roche of Roche Productions to re-write his story “The Italy Boys” which is set for production later this fall. The Mafia action film will be directed by Mike Gunther, distributed by Lionsgate and co-produced by Roche, Kennard, Goteri and Mili. Michael is also attached to the film as an actor.

Michael claims he received his education from his interesting life, spent with his very funny family. However, Michael also attended Henry Ford College and the Detroit College of Business and studied comedy from various stand-up comedians, acting from Richard Goteri and comedic timing and voice characterizations from Angelo & Vassili Metas.

Michael’s accomplishments also include: the writing and illustration of his weekly cartoon called Tasso, 101 Uses for the Dirty Disposable Diaper and Tasso’s Big Book of Humor.  Michael is putting the finishing touches on his novel based on his family and his experiences as a child with the Detroit Mob.

* Michael's father, Pantelis Michael Mili was an acomplished ceramic artist and sculptor. His grandfather Michael Mili Kashalos of Cyprus was a world renouned painter and sculptor.  Kashalos' works are displayed in museums and private collections around the globe. 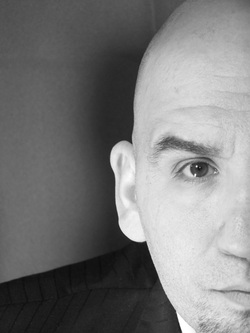 Rich was The Artistic Director of The Second City Detroit's Training Center/Conservatory program for ten years. For the last thirty years he has dedicated himself to the performing arts as an actor, writer, director and teacher. As an actor Rich has performed in hundreds of improv shows and has appeared worldwide in over eighty five professional plays. TV and Film credits include: Raymond in Low Winter Sun,  *61, Real Steel, Machine Gun Preacher, SNL, Silk Stalkings and Setup with Bruce Willis, to name a few. Directing credits include: The National Touring Company, Homeless For The Holidays and No Way Jose Canseco for The Second City. Writing Credits include: SNL, Filmfest 7 with The Second City and numerous films and plays. His book on improv comedy Something From Nothing published by Crazy House Books is available worldwide in eight different languages.

Rich is also one of the nations leading acting/improv/writing coaches. He is renowned for transforming his students' acting and writing abilities to create outstanding results. His students are  working in all fields of the entertainment business from  Hollywood TV shows, major feature films, and on stages throughout the world. Rich also works with sports organizations with his company Sportszone, which offers media and specialized training.

He has appeared countless times on TV being interviewed about his work on all the major networks and has been featured in The Detroit News, The Free Press, The Oakland Press, The New York Daily News, The New York Times, L.A. News, Encore Magazine, The Examiner, Matt Horn's column in Britain and in various publications world wide.
Powered by